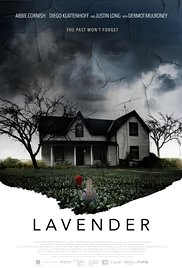 he end, Lavender is a suspense driven almost first person story with a great deal of mystery and frankly confusion. The fragmented story telling that accompanies the way Jane thinks and views the world both enhances and detracts from the experience at the same time. The acting by all with the exception of Diego Klattenhoff (Alan) is solid and just felt like it belonged. I was disappointed in the lack of more for Alice’s character and what she could have been, but the ending more than made up for that, leaving me feeling like sitting all tensed up for an hour and a half was well worth it for the satisfaction we get along with Jane. Well worth a watch for fans of horror, mystery, suspense, and many other genres that get mixed in, with nice results. – 4.1/5 – Genre

I’ve been away for some time now, and quite honestly I’m feeling very rusty at writing a movie review but we’ll give it a go.

Lavender falls into an odd group of movies that really don’t fit into any one (or even several) movie categories, with many elements from mystery’s, thriller’s, horror, and even drama thrown in for good measure. It can make for an odd sensation 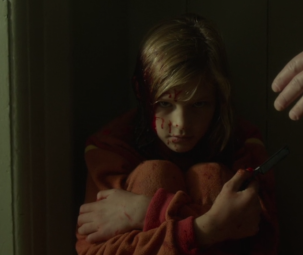 as one watches the film and attempts to piece together where exactly this is going as it’s mood seems to change. However, the one constant throughout the movie is the continued suspense that seems to be always intensifying without much release or pauses.

Lavender is about a woman named Jane (Abbie Cornish) who, at an early age, lost her parents and sister but has no memories of anything that happened. She can’t even recall what her parents look like, how they died or how she survived. The movie opens with the police reporting to Jane’s uncle (who she doesn’t remember either) that something has happened to his brother and family. After some time we see Jane as a child with the police in the house as she holds a straight blade and has blood on head and face. The assumption being she snapped and killed her family. Jane is placed into foster care after this, presumably being too young to prosecute, especially being that it took place in 1985. 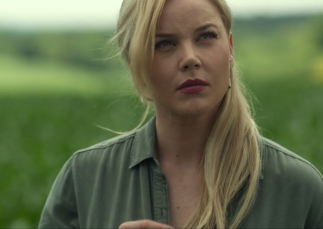 Adult Jane is a photographer who is obsessed with old houses, and travels all around to get photos of them and display or maybe sell, this point wasn’t really clear. She is married to a man named Alan (Diego Klattenhoff) and they have a daughter Alice (Lola Flanery). Jane and Alan are having marital problems, of which Alice is quite aware from some of her early comments. Jane forgets to pick up Alice from school, being lost in thought staring at one of the houses she photographed, and in rushing to get her Jane is in an accident avoiding a girl in the road that she has been seeing frequently. After the accident Jane has memory issues and takes some time to remember Alan 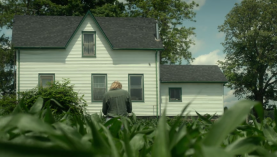 and Alice, but eventually does, but also keeps seeing things that aren’t there that lead her to seek out her uncle. She finds her uncle through paper work she had requested prior to the accident, and after meeting the family (minus Patrick (Dermot Mulroney) the uncle) stay in Jane’s old home to maybe break loose some of those lost memories.

From here it’s rather hard to detail the movie as it becomes a mish-mash of genres and fragmented scenes that serve to confuse the audience as to what is really happening to Jane. Is it all in her head, is it ghosts, is it neither? That sort of thing.

What Lavender got right: It was just plain enjoyable to watch. Even during some of the more fragmented or lagging parts it was still enjoyable because it gives the viewer just enough information to keep them involved without letting them know more than Jane does. In fact we spend the entirety of the movie following Jane and uncovering each new element of the mystery with her, and so the movie keeps you actively trying to sort it out with her. While it is fairly obvious at the half way point what the broad strokes are, it 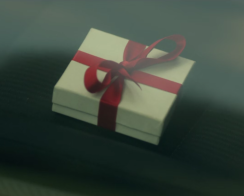 isn’t entirely clear what the details are and what happened in the house in 1985, which is the central focus of the entire movie. The movie breaks itself up by jumping from place to place, giving us the unfocused and distorted view that Jane has. This may well put some people off almost immediately, especially in the beginning when things seem relatively normal and yet Jane acts anything but normal. So be forewarned that unless you actively engage with the character and begin sorting out what’s wrong with her from the beginning you may find the first 20 minutes or so impossible to push through to get to the better parts.

And  yet this way of presenting the story is the films greatest strength. It keeps you watching almost on the edge of your seat with a sense of urgency. Not really scary, just 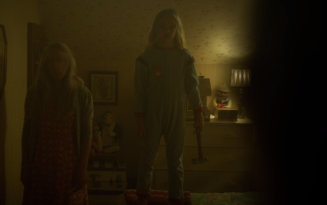 suspenseful with constantly building tension, which serves to help tie together some of the fragments that seem like loose threads that go nowhere. Although the movie does fail to capture all of these, but more on that later. The car crash seen is actually quite wonderful (I know that’s weird) to watch, as everything happens in such a slow and peaceful pace, with Jane seemingly unconcerned with being upside in a car flying through the air. That moment in the movie has it’s own deeper reflections about Jane, the story so far and even beyond the movie that may vary from person to person, so enjoy it (again, I know weird). 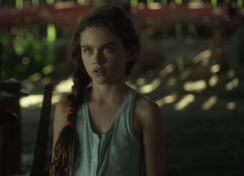 Alice plays an interesting role in the story, and the actor playing her is well suited for some of the parts given to her. Frankly, she’s down right creepy at times and I think a lot of it boils down to her eyes, and the dead delivery of some very emotionally intense lines. It really feels like she’s going to play a major role in the story beyond the daughter of Jane, but in the end she really doesn’t and only serves as a vessel to push Jane’s story which is a real shame because Lola Flanery’s acting talent is rather wasted without giving her more of an evil/empathetic role. This is where I really hoped it would go with Alice, empathy for the evil but she get neither. She gets relegated to the role of messenger and link to the mystery girl we see repeatedly. This is of course a very pertinent role that is essential in moving the story forward, but still it would have been nice to see much more of her abilities put to use. Still, overall Alice is an excellent side character in what is altogether Jane’s story.

Alan is passable as the husband but contributes virtually nothing else, with the acting only being marginally convincing that he’s even invested at all in the relationship or what is happening to Jane. He’s almost scenery, but still he serves his purpose well enough.

What went wrong: The most simple answer for this is that during the intended fragmented story telling too many threads got left untied. Many of these threads revolved around Alice, as she is the first to “speak” with Jane’s past, and 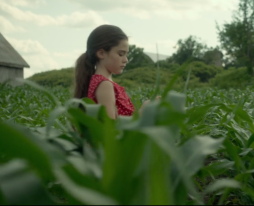 some of the conversations did have meaning and go somewhere, several did not, which was very unfortunate as they tended to be the more interesting ones. At one point, while Jane is photographing an old house, Alice is walking through a corn field and talking to some we can’t see. She says no repeatedly finally saying “I said no!” to the unseen speaker. Presumably this is Susie she’s talking to but that is never made clear. Alice also tells her dad that “they” told her that “mommy is going to hurt me”. This statement is followed by an even more ominous one that is tied off, but that statement only gets play as Jane puts her hands around Alice’s neck at one point but never actually hurts her. And Alice could seem to not really care with those cold eyes.

Alan. Everything about Alan is wrong for this movie in that he is literally there to prop up the fact that Jane has a life now that occurred without the memory of her family. Their marital problems are formulaic and virtually never touched on more than twice. He plays little to no role in the story unfolding in the house, which may have been for the better as I found Diego Klattenhoff to be unconvincing in the role, despite it’s literal lack 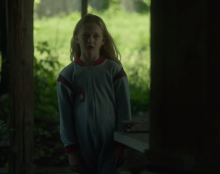 of importance. This story would have told just as well without Alan, and I’m not a fan of superfluous characters simply to be scenery.

The tie in of almost seemingly nothing characters into extremely significant parts could be viewed as either bad or good. I see it as a great thing as it was handled here, but others may find it off putting because you really just ignore those characters, their roles are minimal until the end and it may preclude figuring it out before Jane which may be unpleasant to some. I felt it was a good way to keep things fresh and not fall back onto tired tropes that would have been very easy to do in a ghost/or all in my head type of story that we are given. For better or worse though, this is what we’re given.

There are some awkward lines and line delivery, like when Jane randomly shouts “And no doughnuts!” to Alice. 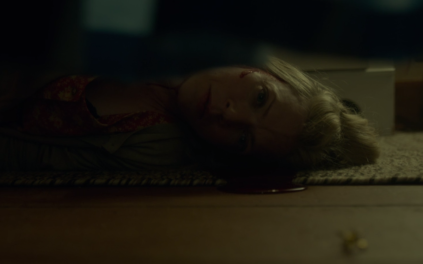 The Ending: I won’t spend too much time here, and I never give spoilers (at least not on purpose), but I found it to be emotional, satisfying as a conclusion, and a little bit haunting. It stays with you through the credits, and gives you time to reflect on everything that you’ve just been through with Jane. I was happy with this because this whole movie was teetering on the edge of original and trope and it just felt like it was going to fall over any moment, but never really did.

In the end, Lavender is a suspense driven almost first person story with a great deal of mystery and frankly confusion. The fragmented story telling that accompanies the way Jane thinks and views the world both enhances and detracts from the experience at the same time. The acting by all with the exception of Diego Klattenhoff (Alan) is solid and just felt like it belonged. I was disappointed in the lack of more for Alice’s character and what she could have been, but the ending more than made up for that, leaving me feeling like sitting all tensed up for an hour and a half was well worth it for the satisfaction we get along with Jane. Well worth a watch for fans of horror, mystery, suspense, and many other genres that get mixed in, with nice results.