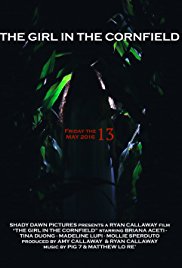 This is an indie horror movie running on less than a B-movie budget (one can only assume based on lighting and music), with all the tropes that come with that and yet it still isn’t the worst movie I’ve seen, even this month. Long pauses with no sound or dialogue that should have been relegated to the cutting room floor (and would have made the movie much shorter and more coherent) are rampant throughout. The close up shots on the main characters are obnoxiously close, like “Hello there pores how are you today?” close. The lighting is either too bright, has an unexplained source, or is non-existent making it literally difficult to watch. The music is just plain bad, and adds nothing to the movie. But…there is some hope in there as we wade through the mess that is The Girl in the Cornfield to find a more interesting, if rather standard, story. – 2/5 (Genre) END_OF_DOCUMENT_TOKEN_TO_BE_REPLACED 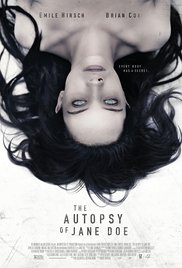 The Autopsy of Jane Doe mixes multiple genres together in a rather unique way. With good actors, strong direction, and a solid intro and middle it feels good to watch, like there is solid substance to what is to come, but unfortunately it all unravels at the end. With a rushed, and slightly obscure explanation, combined with a formulaic ending it all just feels like we aren’t even watching the same movie we were an hour earlier. Is it worth watching, absolutely. Will it be what you’re expecting, probably not. – 4/5 (genre) END_OF_DOCUMENT_TOKEN_TO_BE_REPLACED 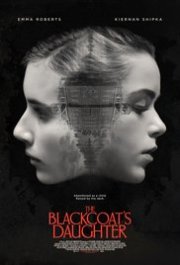 The Blackcoat’s Daughter is an original and unique take on the possession horror story, that deviates greatly from what we’ve become used to with the Exorcist style. A deeply slow burn that interweaves three different women’s stories with a great deal of success, making for an intense and unrelenting story that gives way to a well executed, if somewhat confusing, ending. – 4.1/5 (genre) END_OF_DOCUMENT_TOKEN_TO_BE_REPLACED 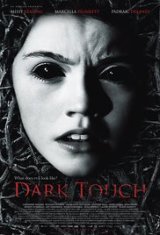 Dark Touch is an intense and slow burn after the initial scenes that very smoothly transitions into a terrifying revenge tale, even if that revenge is on whomever happens to be about. Niamh is a sympathetic evil character, which makes the viewer torn in the end as to whether they believe her actions are justified by her experiences or if she’s gone to far. The beauty of this is that it makes one feel guilty for feeling happy she obtained some respite in the end, even if it was only temporary. The ending is quite open ended and will likely leave some people feeling unsatisfied without the type of closure they would prefer, but it actually adds strength to the movie as a tied off ending would weaken it. Slow paced until it isn’t, and a drive to an even darker place than where we start make for a good movie that will keep the viewer tense, often expecting things to happen that may or may not. Definitely one of the better evil child movies I’ve seen in quite some time. – 3.8/5 (genre)

END_OF_DOCUMENT_TOKEN_TO_BE_REPLACED 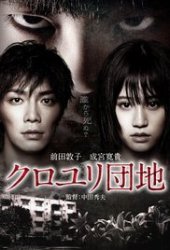 The Complex really just took a bunch of elements from multiple genres, psychological mystery, drama, horror, and anything else you can think of and tossed them in together. This is rarely a recipe for a good movie and The Complex is no exception. Slow moving, a 50 minute first act is just a bit much, too many main story lines and long drawn out scenes for no reason all contribute to making this not a scary movie. It is interesting in some regards as you want to know how the stories conclude, but once they do you’ll probably wish it had been left a mystery. I wish I could say better of it, but The Complex is probably not worth watching unless you enjoy Japanese horror movies a lot, horror movies in general a lot, or if you’re curious how I could write this much about a movie I really didn’t like all that well. – 2.9/5 (genre) END_OF_DOCUMENT_TOKEN_TO_BE_REPLACED 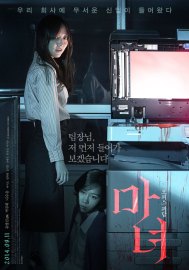 The Wicked was a wonderfully intense, sadistically satisfying revenge horror film. The atmosphere and continuous unrelenting intensity make for a movie that will stretch your ability to hold back at the jump scares. Well acted all around for the three primary characters, and the switching up of genre from drama, to suspense, to mystery and finally to horror gives The Wicked a unique feel that a lesser movie could never pull off. The slow burn is definitely worth it for the ending which is completely satisfying and has a nice moderate twist, if you can call it that, maybe more of a misdirection. If you’re looking for a good horror movie to really test your limits The Wicked is an excellent choice and made a perfect Halloween night film. – 4/5 (genre)

END_OF_DOCUMENT_TOKEN_TO_BE_REPLACED 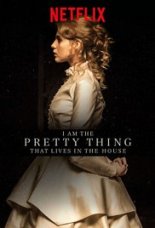 I Am the Pretty Thing That Lives in the House (have to keep checking that title to make sure it’s right) is a long winded, overly self obsessed hipster monologue about the imprint of death on a house. Nothing more and nothing less, except the extolling of how the living no longer have claim over a house after someone has died in it. It’s tedious, monotonous and just boring with the exception of the spoopy moments that were supposed to be “scary” but just couldn’t get there. Unless you plan to make it a drinking game where you drink every time you see a chair on the ceiling I would stay as far away from this not so pretty movie as you can. If you watch it, watch another movie after to cleanse your palette, trust me you’ll need it. – 2.1/5 (genre) END_OF_DOCUMENT_TOKEN_TO_BE_REPLACED 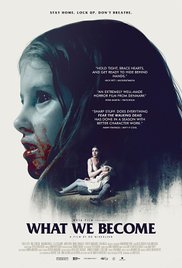 If you need something to watch on Halloween, or any other night, and don’t want to be overly scared (read: not scared at all) but still want to feel like you’re taking part in the spooky fun then watch What We Become. If you just need a zombie fix, then this will suffice. If you want to actually watch a good horror movie because it’s Halloween then I suggest you keep on surfing. Mediocre acting, poor pacing, disjointed story telling, and a very disturbing romance arc all lead to a messy and just bad ending. What We Become never really even tries to explore what it is we would become under these circumstances, which is a real missed opportunity and one I was very hopeful they would capture. Oh, and if you like rabbits keep moving, there’s nothing you want to see here. – 2.6/5 (genre) END_OF_DOCUMENT_TOKEN_TO_BE_REPLACED 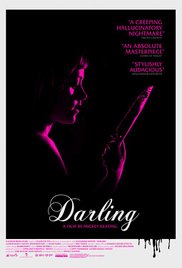 In the end, Darling is a fairly unique movie which takes the guts of other horror/suspense movies and puts them together in a new way. The slow burn and intensity build up throughout the chapters of the movie make it very entertaining, and a bit unsettling to watch. However, if you’re looking for a movie that you don’t have to constantly be thinking about, going over why this is happening and what does that mean, and why won’t someone answer the damn phone, then Darling is probably not for you. Loud screeching noises, random cutaways that seem to lack any linear time cohesiveness, and dialogue that could probably fit on one page of the script all contribute to making this both a good and bad movie. The ending offers no respite or satisfaction and is by all measurements lackluster, but the black and white choice was perfect for the film, a nod to the Hitchcock style of movies. – 3.3/5 (genre) END_OF_DOCUMENT_TOKEN_TO_BE_REPLACED 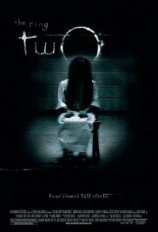 In the end we get a movie that has the feel and look of the original, but gives us none of the mystery, intrigue, or fearfulness that made it good. As a stand alone (given sufficient background) it would be a perfectly good horror movie, but as a sequel it flops kind of hard. We are left with the framework built by the original movie, and it’s repercussions, but have no substance to sustain it. I was never bored since I had a vested interest in the characters (well played writers), but I was never really fearful for them or even concerned that there was any real peril. The Ring Two walks a line between whatever The Ring was and a supernatural horror/suspense movie, and that leaves it feeling a bit underwhelming, never really living up to either…If you liked The Ring and really need to fill in the gaps it left then I would recommend The Ring Two, but if you like the open endedness of The Ring then don’t watch this one or you’ll lose that feeling. – 3.7/5 (genre) END_OF_DOCUMENT_TOKEN_TO_BE_REPLACED