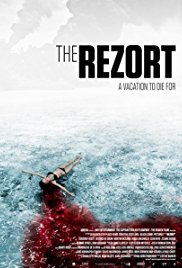 In a post-zompocaplytic world, humanity has managed to recover, and for those seeking revenge on the undead there is only on place to go. The Rezort. With it’s unapologetic Jurassic Park for zombies theme, right down to the hacked computer systems that subsequently fail and release the undead scourge (read dinosaurs), The Rezort tries to be almost a spiritual successor to the wildly successful franchise. Simultaneously it attempts to tell us a tale about human cruelty and kindness, but at arms length, since none of the characters are relatable or even worth caring about. And somehow, this movie manages to make itself somewhat entertaining, even when the 28 Days Later rip is broken out at the end. Maybe it’s all the feels for movies loved and lost that The Rezort manages to get right, but defiantly not its own plot that’s for sure. – 1.9/5 (Genre)

If you’d like to hear more about this movie let me know in the comments.

One thought on “The Rezort (mini-review)”