On the face of it The Great Hypnotist promises to be nothing more than the tired genre that is psychological thrillers. In fact it does little to cast off this notion in the beginning, despite the opening being very entertaining, and only reinforces the idea that we won’t see anything new here. But get past the first twenty minutes and you’ll find that there is a much deeper and refreshing take on this plot line. With a series of short narratives, and a far less superficial story than just the mind-bending, what is and what isn’t real, we find a tale about loss, pain and forgiveness. To sum up the movies message, “You don’t forgive someone because they deserve it. You forgive them because they need it.”. (Yes I know that’s a misquote) – 3.8/5 (general)

I went into The Great Hypnotist with, well great expectations. I’m not really sure what it was that made me expect it to be a good movie, just a feeling I get sometimes before I watch a movie about how I think it will be. Sometimes this probably colors my opinion of the movie, but sometimes I’m right and sometimes I’m wrong. With The Great Hypnotist (TGH) I was not disappointed. While there were several flaws, which I will discuss, overall I felt that it lived up to what I expected from it.

From the very beginning (after the intro listing the cast and whatnot) I was captivated. In fact, I would have said this was a horror movie from the get go, with the level of intensity that it begins with. I won’t ruin it for you as it is quite an enjoyable sequence but has little consequence on the actual plot.

TGH is the story of two people: Dr. Xu Ruining, a renowned psychiatrist who fully believes in using hypnotism to cure his patients. He believes that many people don’t want to, or simple can’t, talk about the things that are wrong with them and that hypnotism is the best solution to making them 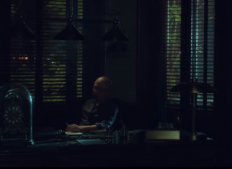 open up and talk about what is bothering them. Dr. Xu is quite arrogant and quick to scold anyone disagreeing with him, as is demonstrated when he berates a student in a lecture that doesn’t believe that hypnotism is the best way. This is further expanded upon with a conversation after his lecture with Pro Fang who tells him he’s no different know than he was years before, short tempered with a sharp tongue. She then proceeds to ask him if he would be willing to treat a patient with which several other psychiatrists have had no success in helping. Primarily because this patient is convinced that she “sees dead people”, and cannot or will not be told otherwise. That patient, whom the story is really about, is Ren Xiaoyan. He agrees, and there is a rather long fade out from his talking with Pro Fang to being in his office which just felt awkward and made little sense at the time. Even later, when the reasoning  for it becomes obvious, looking back it just seemed unnecessary.

Ren Xiaoyan arrives at his office, his last patient for the evening at nearly 11 p.m., 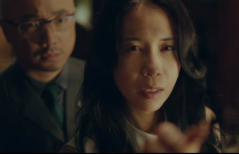 which struck me as odd as well but I didn’t hold onto that too long. Miss Ren won’t enter his office and he goes out into entryway to greet her and finds her staring at the clock, where she abruptly interrupts his attempts at introduction and getting her into his office by telling him to listen to the clock as there is something wrong with it. She proceeds to tell him it’s slow and opens the glass door over the clock face and moves it strike 11 o’clock. This seemed mildly insignificant and just a character building exercise at the time, but interestingly it was not, although how we come to find that out was not done well.

They go into Dr. Xu’s office and begin the session, where he comes off quite aggressive and at times almost frightening as it seems he may actually hurt Xiaoyan. The story is told from this point in a series of short narratives as she describes her encounters with the dead. I really enjoyed how this was done, with it feeling as if there were several short stories self-contained within the movie, making this somewhat tired story line (what is reality and what isn’t) feel fresh again. After she tells him some of the stories he wants to hypnotize her and this is where we get to the what is real and what isn’t.

Despite this being a rather well beaten horse (eh) the direction and writing made it entertaining. The environments contained in what Xiaoyan was seeing were wonderfully done, with a nice back drop of muted colors with specific things highlighted 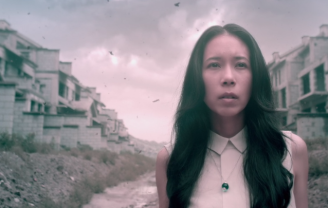 but in a more pastel and not bright coloring. Nowhere in these backdrops, aside from herself and specified objects, were bright things to be found. But this isn’t to say that they weren’t beautiful in there own way, and I really thought this added greatly to the movie. In fact, the overall ambiance of the movie was well crafted, leading us in one direction and then pulling us another, not so much twists and turns in an aha! kind of way, but more of movement or flow through feelings. Aside from these areas they visit inside this “dream world”, the entire movie takes place within the confines of his office, and yet it never felt like the movie trapped itself with this as can often happen when a movie tries the one room approach. 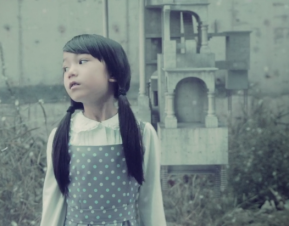 As you would expect with a movie of this type the twists and turns mentioned are of a mental nature, as the two main characters struggle with each other in a battle over what is real and what isn’t for each of them. I liked this aspect a lot, but this also lead to my primary complaint about the movie. Near the end there is a rapid and rather intense wrap up, explaining to us exactly what is going on, how it came to be, and why it is happening. It all felt very forced and was just a device to reorient the audience and 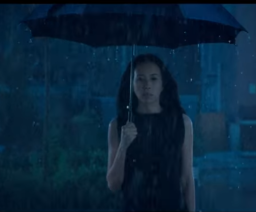 ground them back in reality, so we weren’t floating around out there wondering if this was indeed real or not. I felt like this was completely unnecessary, and even if it had to be done it could have been done in a much more concise and less on the nose way. It really detracted from the impact of the story for me, and shattered the world that the last hour and twenty minutes had built. It is fortunate, and rather impressive, that the movie manages in the last few minutes after this to grab traction again and pull us back in. The last “twist” is a simple one and I think that was a perfect choice, a natural progression for the stories conclusion.

Both Karen Mok (Ren Xiaoyan) and Zheng Xu (Xu Ruining) gave an excellent performance. There were moments when things felt a little forced, as if the story needed their interaction driven a certain way and they overplayed it a bit, especially Zheng Xu, but overall I was impressed. These two comprise 90% of the 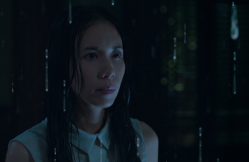 movie with very few others interacting with them and they took that burden if you will, and did a great job with it. Karen Mok portrays both frailty and great strength almost simultaneously, and gives depth to Xiaoyan that I don’t think the writing on it’s own could do. If I  were choosing a highlight of the movie it would be watching Karen Mok portray her character, who is extremely complex, so well. To be fair, since it was subtitled (it is in Chinese) I couldn’t always tell how well they were emoting their respective characters, but I usually watch everything with subtitles (really it can be fun with some of the descriptions of noises and such) so I’m a pretty fast read and can get back to what’s happening with little loss. But there is some and so, while I felt

that the actors did a wonderful job, my observations should maybe be taken with a grain of salt. That being said I feel the characters were given a great deal of depth, and the actors were enjoyable to watch (although as mentioned before some moments are a little cringe worthy).

I felt the ending was solid, it wasn’t the greatest ending but it was moving and the journey to get there was really good and so a modest ending is perfectly acceptable. In the end this is a story about pain, loss and forgiveness. The final lines from Xiaoyan made me think of a quote I try to keep in mind, and I know this is variation on a real quote, “You don’t forgive someone because they deserve it. You forgive them because they need it.”. This sums up TGH very well I think, and while that probably makes no sense while reading this, it will when you reach those last moments. 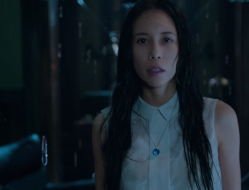 So, overall TGH is a good watch. The sets and scenes are wonderfully done with great direction; the actors portray the primary characters wonderfully and convincingly if sometimes a little over zealously; and the story is done in a way that brings new life to a somewhat tired and worn out basic plot line. Looking back at my older review of Anna, which had a similar idea (expect it was trying to be Inception and failing) I would say that this was the stronger movie. TGH is more original in it’s implementation and disguises the truth behind it’s story line very well until it doesn’t. If only the wrap hadn’t been an actual wrap up this movie would have been even better.