On Friday before our LS’s very short Dynamis run (short because only one person needed the win and we weren’t farming) I managed to snap some pictures of the regular group.  Of course I 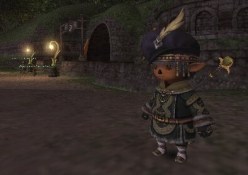 only managed to get 3 of us (who so far have been the Assault regulars) but soon I’ll be adding a fourth.  But first what I have:  (Top) Aarse – the Bard extraordinaire and Summoner supreme, (Left) Frixt – deadly Dancer and soothing Beast, (Right) Shiguo or me – Master of puppets and occasionally Samurai’s.  I was hoping to snap some good profile pics here, and really I think I accomplished that with Aarse’s photo, but not so much with me and Frixt.  Guess I’ll have to try again.  As for the -1, that would IH event planner and all around 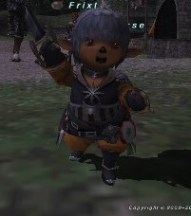 awesome White Mage Kymie.  Though she hasn’t been running Assualts with us (not because she doesn’t want to) she will be starting to do Einherjar with us regularly as of next week.  We’re also planning to start doing some Sea, the Jailor’s in particular, so I’m really looking forward to that as well.  Ky

mie’s been away a bit due to real life, but we’re all looking forward to having her back soon.  So that’s the dream team, at least as it stands now.  If more members join they’ll be added as well ^^.  These are the people we’ll be seeing lots of.